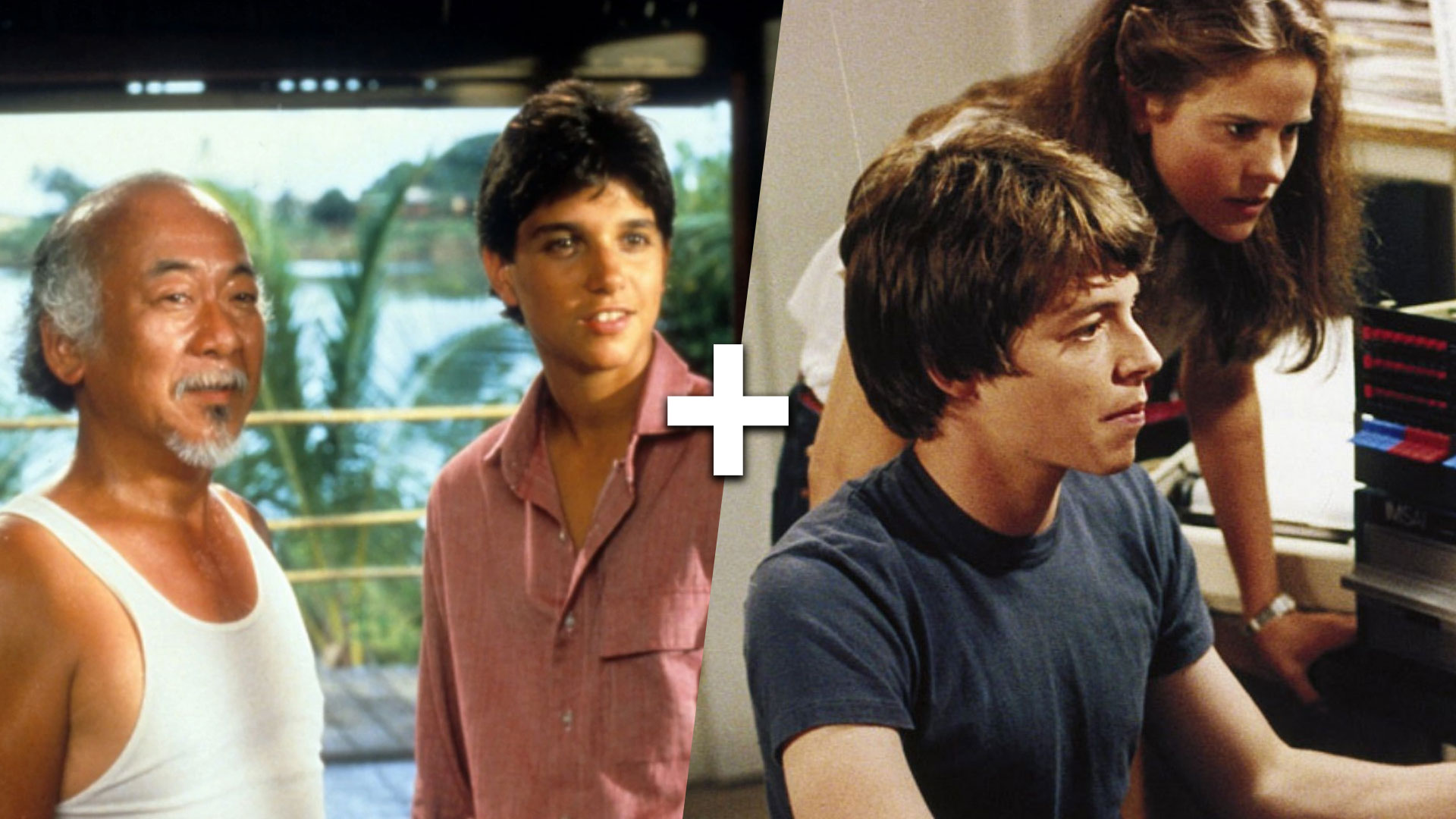 SPECIAL EVENTS Would you like to play a game? Sweep the leg! It's a Monday Double packed with 80's teen action and drama - The Karate Kid + WarGames, together for one night only, for only $15! More info
Two of the best 1980's teen movies, for only $15!

See where the Cobra Kai series began with The Karate Kid [PG] - Daniel (Ralph Macchio) moves to Southern California with his mother, Lucille (Randee Heller), but quickly finds himself the target of a group of bullies who study karate at the Cobra Kai dojo. Fortunately, Daniel befriends Mr. Miyagi (Noriyuki "Pat" Morita), an unassuming repairman who just happens to be a martial arts master himself. Miyagi takes Daniel under his wing, training him in a more compassionate form of karate and preparing him to compete against the brutal Cobra Kai.

WarGames [PG] - High school student David Lightman (Matthew Broderick) unwittingly hacks into a military supercomputer while searching for new video games. After starting a game of Global Thermonuclear War, Lightman leads the supercomputer to activate the nation's nuclear arsenal in response to his simulated threat as the Soviet Union. Once the clueless hacker comes to his senses, Lightman, with help from his girlfriend (Ally Sheedy), must find a way to alert the authorities to stop the onset of World War III.
Rating: PG
Runtime: 238 mins

CTC From: Jan 29, 2022
Delve into Raphael’s uncanny ability to capture celestial beauty, and to focus his gaze beyond the physicality.
E From: Jan 30, 2022
Musical Director Riccardo Chailly completes the series of interpretations of Giuseppe Verdi’s “youthful trilogy”
CTC From: Feb 5, 2022
Olivier Award-winner for Best New Play, LEOPOLDSTADT, written by Academy and Tony Award winner Sir Tom Stoppard.
E From: Feb 13, 2022
A romance, a tragedy and a thriller – travel to 19th century Rome with Puccini’s great opera of passion and politics.
E From: Feb 19, 2022
ising American composer Matthew Aucoin now carries that tradition into the 21st century with a captivating new take on the story.
E From: Feb 27, 2022
Since its 1965 premiere with The Royal Ballet, Kenneth MacMillan’s Romeo and Juliet has become a great modern ballet classic of the world repertory.
E From: Mar 11, 2022
We might think we already know Frida Kahlo – but what lies beneath the surface of this intensely passionate woman?
E From: Mar 12, 2022
Maestro Emmanuel Villaume leads a delightful cast, in Laurent Pelly’s storybook staging of Massenet’s classic.
E From: Mar 27, 2022
Mozart and Da Ponte’s take on Beaumarchais’ comedic play is one of the repertoire’s most iconic works.
E From: Apr 2, 2022
Tony Award–winning director Bartlett Sher creates a bold new take on Verdi’s timeless tragedy, resetting the opera’s action in 1920s Europe.